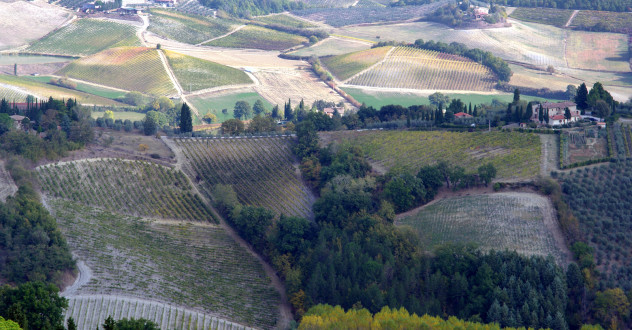 Do you need tips on tasting Chianti wine and visiting wineries in the Chianti region of Tuscany? With our local tour operators, you will learn exactly what Chianti is and how to have the best wine tasting. After, you will return to the unknown Tuscany of Le Ceregne Organic Farmhouse. “Vino” (wine) is one of the most important parts of the Tuscan culture, and we want to share it with you!

“Among the rolling hills of Chianti”

This itinerary is perfect for wine lovers who will discover Chianti directly from the vineyards where it is produced. A whole day 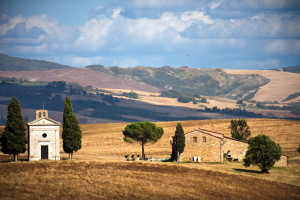 dedicated to the allure of wine tasting and the beauty of  Tuscan hills.
We will drive through breathtaking grapevine fields along the winding road of Chianti Shire. This area is dotted with many historical mansions known for their wine production: from ancient abbeys to magnificent castles like Brolio.
We personally select the “cantine” (wine producers) where you are explained the secrets of producing Chianti Wine, and then offered a taste of their excellent products. The tour is also a chance to taste our genuine Tuscan cuisine and to visit one of the picturesque medieval hamlets in the region of the “Black Rooster” such as Radda, Castellina, Greve or Panzano.

Our Chianti tours are from 2 to 8 people – CONTACT US to book or for further information. 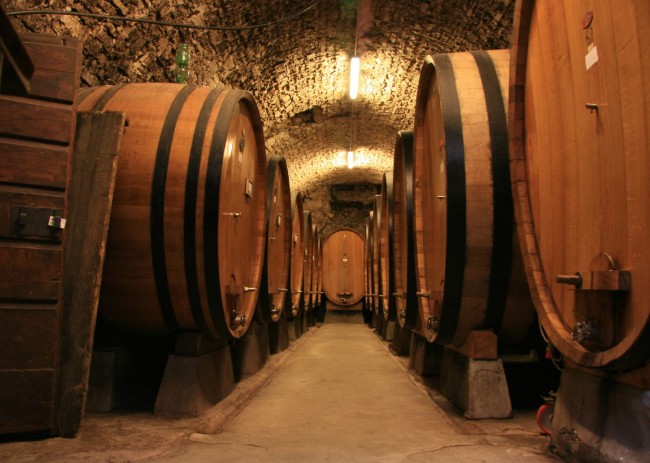 What is Chianti exactly? 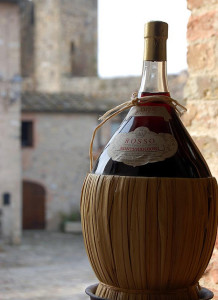 A Chianti wine [ˈkjanti] is any wine produced in the Chianti region, in central Tuscany. It was historically associated with a squat bottle enclosed in a straw basket, called a fiasco (“flask”); however, the fiasco is only used by a few winemakers now; most Chianti is now bottled in more standard shaped wine bottles. Baron Bettino Ricasoli (later Prime Minister of the Kingdom of Italy) created the Chianti recipe of 70% Sangiovese, 15% Canaiolo and 15% Malvasia bianca in the middle of the nineteenth century.
Chianti Classico must have a minimum alcohol level of 12% with a minimum of 7 months ageing in oak, while Chianti Classico’s labelled riserva must be aged at least 27 months at the winery, with a minimum alcohol level of 12.5%. The harvest yields for Chianti Classico are restricted to no more than 3 tonnes per acre (7.5 tonnes/hectare). For basic Chianti, the minimum alcohol level is 11.5% with yields restricted to 4 tonnes per acre (9 tonnes/hectare)

Where is the Chianti area in Tuscany?

The wine-area called Chianti was first defined in 1716. It described the area near the villages of 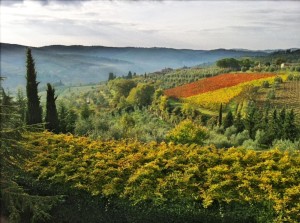 Gaiole, Castellina and Radda; the so-called Lega del Chianti and later Provincia del Chianti (Chianti province). In 1932, the Chianti area was completely re-drawn and divided into seven sub-areas: Classico, Colli Aretini, Colli Fiorentini, Colline Pisane, Colli Senesi, Montalbano and Rùfina. Most of the villages added in 1932 added “in Chianti” to their name (such as Greve in Chianti which amended its name in 1972). Wines labelled “Chianti Classico” come from the biggest sub-area of Chianti, which includes the original Chianti heartland. Only Chianti from this sub-zone may boast the black rooster seal (known in Italian as ‘gallo nero’) on the neck of the bottle, which indicates that the producer of the wine is a member of the Chianti Classico Consortium, the local association of producers. Other variants, with the exception of Rufina from the north-east side of Florence and Montalbano in the south of Pistoia, originate in the respective named provinces: Siena for the Colli Senesi, Florence for the Colli Fiorentini, Arezzo for the Colli Aretini and Pisa for the Colline Pisane. In 1996, part of the Colli Fiorentini sub-area was renamed Montespertoli.