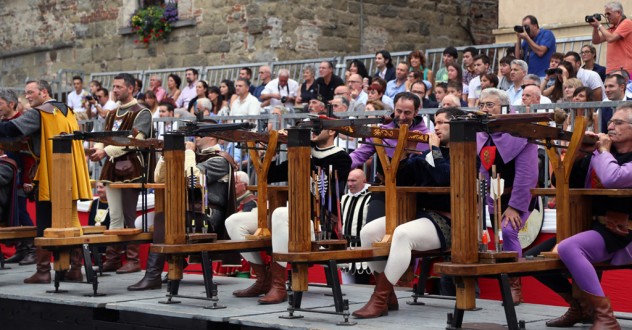 The Palio della Balestra Sansepolcro Tuscany is a crossbow event held in a stable manner on the second Sunday of September from 1594 among Sansepolcro and Gubbio. The prize commemorates the historic challenge between the two neighboring cities and it is said that Piero della Francesca was one of the bowmen who in 1453 defended the biturgensi colors, proving that even before was done sporadically.

The Palio della Balestra Sansepolcro Tuscany began in the afternoon, with the parade of the two historical parades through the streets of the center of Sansepolcro, clarine, ladies and armigeni alternate in a riot of colors and Renaissance music. At the entrance in Piazza Torre di Berta flag wavers they perform in evolutions of flags and games in honor of the districts they represent. After that you start the Palio! In the shooting bench located 50 meters from the center said “Corniolo” alternate all archers participants of the two rival factions until the last arrow shot that marks the end of the Palio. The judges then withdrew together with the “Corniolo”, to define the winner! The winner along with the parade will march through the streets of the city to receive honor and glory of victory. 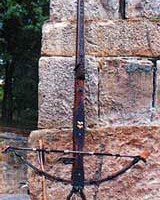 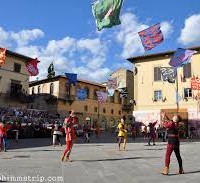 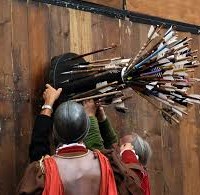 For more information and details on the Palio della Balestra Sansepolcro Tuscany, visit the website of Balestrieri of Sansepolcro where find the program of the activities in the Palio and all the events of the week of the Palio to http: // www. balestrierisansepolcro.it

The weeks before and after the Palio are full of events: music, arts, food in renaissance style. A special way to learn about the renaissence period who left in Sansepolcro one of the most beautiful fresco in the world “The resurrection” of Piero della Francesca. 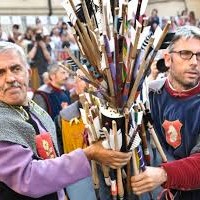 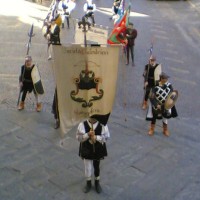